During Microsoft Ignite 2018 last week in Orlando, I had the opportunity to present 2 sessions. In this blog post I want to elaborate some more on my experiences during Ignite. 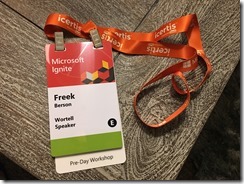 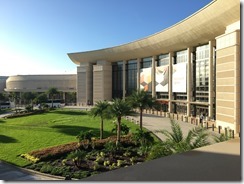 My first session was on Monday at 7PM. A challenging time slot, but a lot of people showed up, which was great! The session was called “Become an ARM hero and deploy RDS on Azure in under 30 minutes” (THR3114).

The key takeaway was providing the audience the right tools and skills to get started with automated deployments of Remote Desktop Services on Azure IaaS. With Windows Virtual Desktop being announced during the Ignite Technical Keynotes, I was also able to hook onto those announcements and explain how RDS on Azure IaaS is a great step to get prepared for Windows Virtual Desktop in the future! 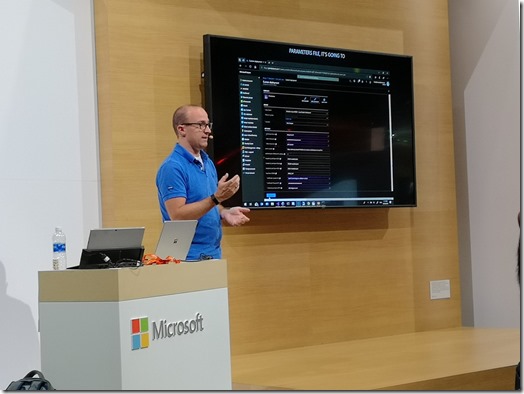 After the brief introduction I performed a demo of an Azure Resource Manager (ARM) template that creates a full High Available RDS deployment in Azure. I covered how the template is built up, how to launch it and I showed the end results from an end user, as well as from an admin perspective.

My second session, I co-presented with Benny Tritsch on Thursday at noon. This session was called “Measuring perceived end user experience in RDS, and why you should care” (THR3089).We started the session by explaining the importance of measuring user experience by capturing and analyzing what is perceived by the user and shared a couple of real life uses cases. 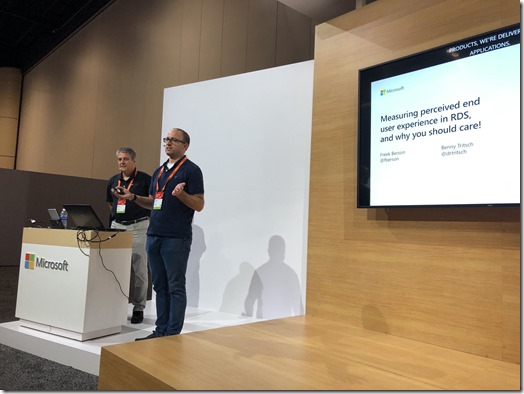 In the second half of the session we performed live demo’s REX Analytics which allows you to visualize a comparison of the perceived end user experience between different scenarios. The session was very well received, and we received some great feedback scores via the evaluation forms. 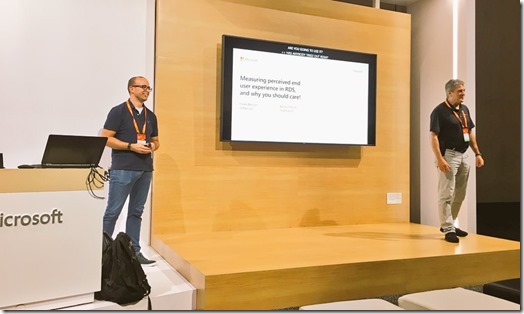 I want to take this opportunity to thank everyone for attending my sessions, for the many great conversations afterwards and for providing great feedback!

During Microsoft Ignite, the book that I co-authored with Claudio Rodriguez was also being sold at the book store at Ignite. We sold a lot copies throughout the week and I signed many of them personally. It was a great honor to have our book being sold at the conference! The book is also available as eBook and hard copy via Amazon. 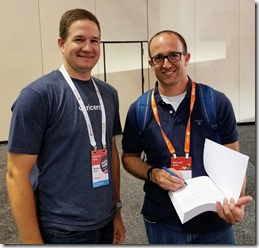 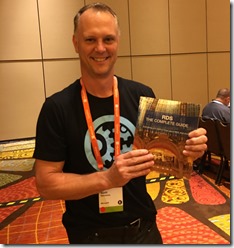 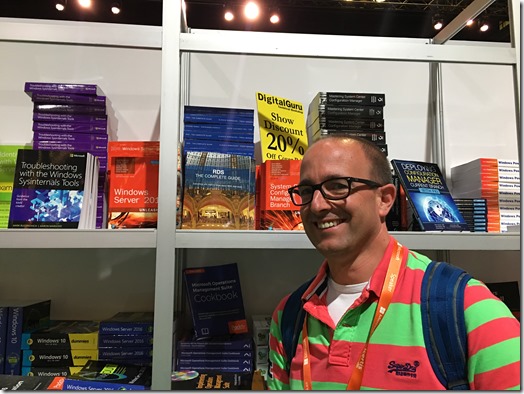 Besides presenting my 2 sessions and attending many others, Microsoft Ignite was mostly about connecting! It was great catching up with many of the RDS Product Team members, meeting a lot of other vendors and attendees, running into old friends and meeting new ones. I had a super great time and hope to be back in November for Ignite 2019!

Walking with the RD’s