In my previous article I showed you how to retrieve the page views from Google Analytics, now it’s time to write them on an image using .NET

As you can see, after the current status there’s empty space, so I can write there the number of blog views. For this I used another .NET Core 3.1 console application, where I installed the System.Drawing.Common Nuget package. I will eventually use an Azure Function for all of this, but I always use a simple console app when I have to do a PoC, so for the moment we keep things simple!

The function allows me to do some customizations like: 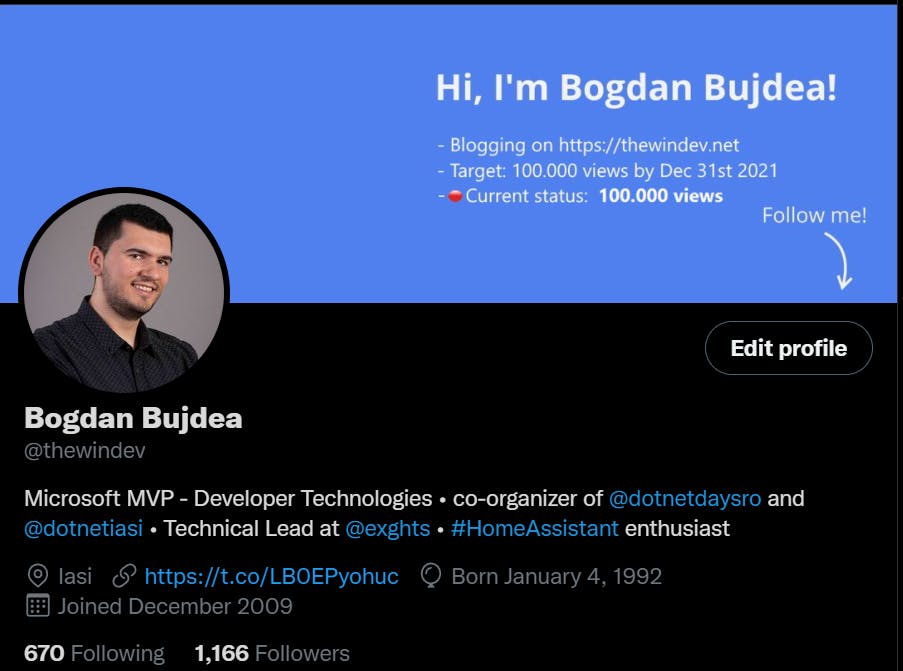 In the next blog post I’ll retrieve the number of views every hour with an Azure Function, write it on the image, and automatically upload it to Twitter.

As I said in yesterday’s blog post, I’ll also stream this on Twitch or YouTube on Wednesday, so if you enjoy a video more than a blog post then you might want to watch that. I haven’t decided yet on which platform to stream but if you have any suggestions I would definitely appreciate them in the comments below 🙂
I’ll pick a time and announce it a few hours ahead on my Twitter profile, so you can follow me there if you don’t want to miss it!

Meet you in-person and digitally at Microsoft Build 2022!

Shopping guide for a smart home

Communicating with your bot from Microsoft Teams